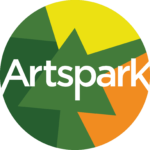 It was originally developed as part of the 2019 and 2020 iterations of Artasia, a summer arts program run by CKA (now Arts For All) (a charity of the Hamilton Conservatory for the Arts).

Artspark was created by Daven Bigelow in the context of previous Unity-based macGRID research projects with Dr. David Harris Smith at McMaster University.

Its 2020 iteration had been adapted for CKA to support a community arts workflow. It is built with the Unity game engine and based upon MRLE.

Some notable features of Artspark are:

For easier navigation while editing objects, keep in mind the following.

At any time you can adjust the Camera Angles in Artspark.